This is a historical results' page analyzing Accupredict's accuracy in driver projections. A novel idea, right? Checking how accurate an experts projections are.

119 races with driver projections are available.

Not sure which subscription you have or when it expires? Need to renew? Look in the top navigation under ACCOUNT > Subscription Details.

Dabble in Draftkings or Fan Duel?

View Accupredict's Projection History Performance by a helpful variety of groupings to better identify the tracks and drivers that it projects the best.

Accupredict is my exclusive NASCAR driver finish position projection tool for Crew Chief and Owner subscribers. The projection algorithm is the work of research scientist Cliff DeJong using traditional and loop data statistics. I've had it online since the 2012 Daytona 500.

The driver, track and race links in the tables link to more historical Accupredict data.

How I Calculate Difference (+/-)

Differences are calculated as: Actual Finish minus Projection 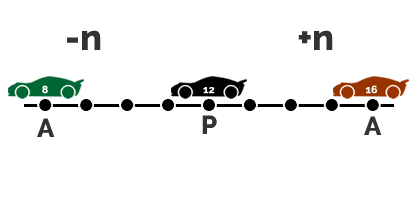 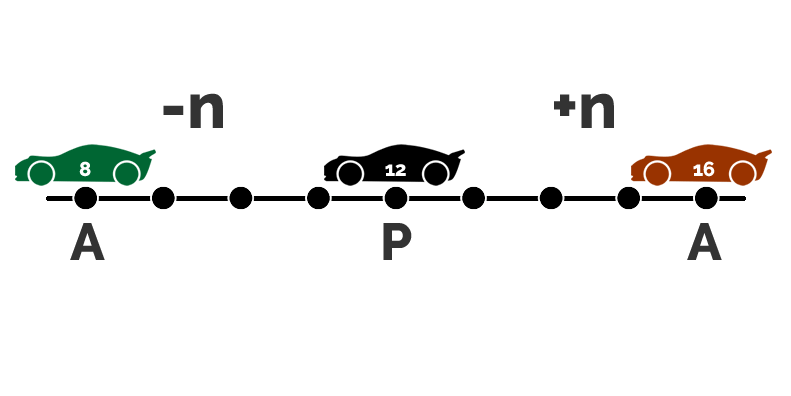 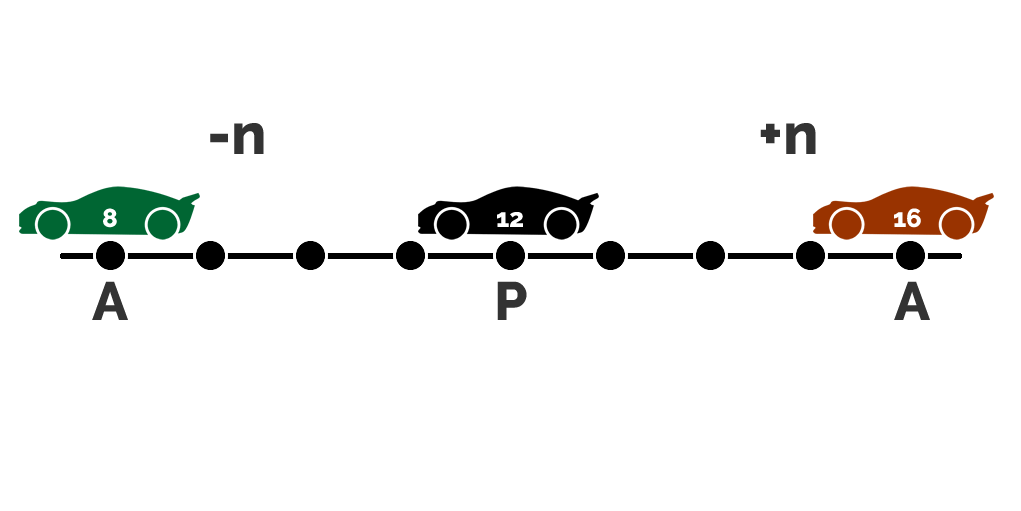 Driver was projected to finish 12th. If the difference is calculated using the Absolute Value of the number (the number of positions 'off' without classifying the number positive or negative) then you're getting a range of eight positions. Four of which are worse than the projected finish.

In my experience, differences between +2 to -4 consistently, are the 'sweet spot' for favorable use of a driver based on Accupredicts projection.

When I show the Absolute Value (distance from zero that a number is on the number line, without considering direction. Absolute Value is always a positive number.) value of a number in addition to Real value.

The MEDIAN and the MEAN numbers in the sidebar both use the Absoulte Value of the number difference between Rank/Predicted Finish and Actual Finish. Otherwise, the positive and negative differences cancel each other out and calculate to 0. I show the STANDARD DEVIATION and the FREQUENCY TABLE using both the absolute and real numbers and note there which is being shown.

I've watched over the years, Accupredict is more conservative in projecting a drivers finish and thus has more negative differences. That is, projecting a driver to finish 18th - they finish 14th - resulting in a difference of (ACTUAL - RANK) 14 - 18 = -4. Whereas, the other way around is a +4. To me, knowing that I missed the projection of a driver by 4 spots...and they were 4 spots better, is a lot better than being 4 spots worse. One way I get more points, the other way I get fewer.

Also, the large positive numbers are the result of a 'top-tier' driver ranked in the top-10 being the victim of a wreck, mechanical failure or unfortunate timed caution.

7.01 Mean (Average) number of positions 'off' that the projections were.

5.00 Median (the middle number when all are sorted, descending) number of 'positions off' that the projections were. Median helps account for outliers in the sequence that might skew the Mean with such a small population of data.

6.52 Standard Deviation measures the dispersion of each driver 'positions off' in relationship to the Mean (Average).